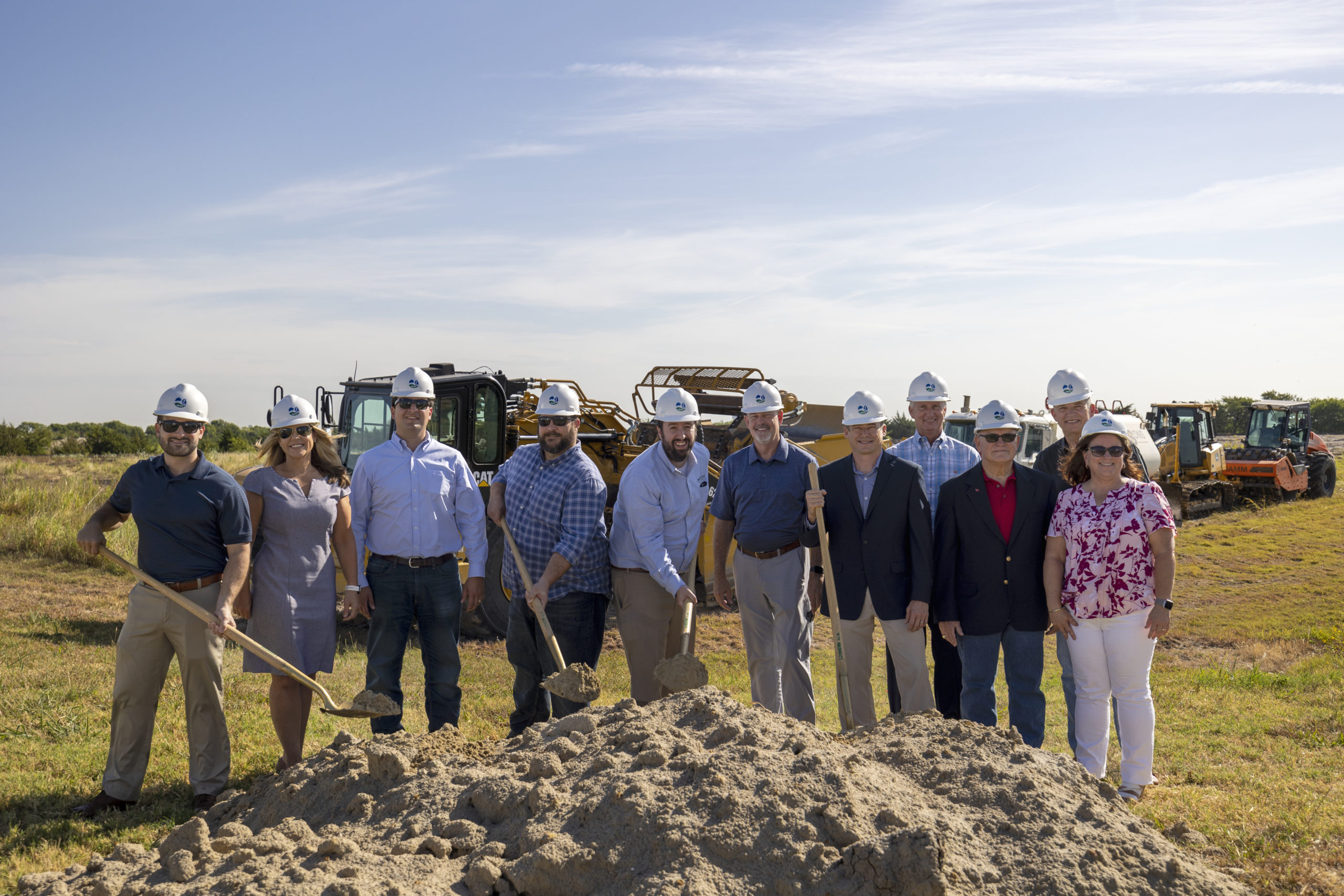 EXPANSION OF THE ROCKWALL TECHNOLOGY PARK

ROCKWALL, Texas – The Rockwall Economic Development Corporation (REDC) recently broke ground on the third phase of the Rockwall Technology Park. The project includes the development of infrastructure for 210 acres of land owned by the REDC, including roadways, water, sewer, franchise utilities, stormwater, and regional stormwater detention. Additionally, major intersections will be marked by monument signage, flagpoles, and landscaping to complement the existing phases.

The Rockwall Technology Park has undergone multiple major infrastructure projects in the past. The first phase of the light industrial-zoned business park opened in 2000 to assist the organization in its goal to diversify the Rockwall tax base. Multiple land acquisitions and infrastructure projects over the past two decades led to the development of Phase II, and put the organization in a position to embark on its most aggressive infrastructure project to date. The completion of the project – slated for late 2023 – will bring the REDC’s inventory of shovel-ready land to roughly 240 acres, with lots ranging in size from 3.5 to 70 acres.

On August 17, the REDC held a formal groundbreaking ceremony on site to mark the occasion. Current and former members of the REDC Board of Directors, the Mayor of Rockwall, City staff, civil engineers, construction partners, local community members, corporate neighbors, and various individuals who played a part in the project attended. Speakers at the event included Rockwall Mayor Kevin Fowler, REDC Board Chairman Matt Neyland, and REDC President Phil Wagner.

“We know there are many companies out there, in many different locations and industries, that will eventually benefit from this project,” Phil Wagner said at the groundbreaking event.  “For that reason, we are tremendously excited about the action taken today, the overall investment being made, and the future possibilities that are in store here in Rockwall, and at the Rockwall Technology Park Phase III.”

The Rockwall Technology Park is generally located south of Interstate 30, north of State Highway 276 and encompasses 550 acres of land between John King Blvd and Rochell Rd. There have been 22 buildings built or announced totaling over 2.9 million square feet, providing a home to 21 employers, an estimated 2,900 full-time employees and more than $370 million in taxable value, above the value of the land. The REDC targets owner-occupants and build-to-suits for primary employers, particularly advanced manufacturers and headquarters that export a majority of their products or services outside of the region

Freese & Nichols serves as the civil engineering design firm and construction manager for the project. Mario Sinacola & Sons Excavating is the general contractor.

Since 1996, the Rockwall EDC has actively worked to retain, expand, and recruit industry to Rockwall. The mission of the Rockwall Economic Development Corporation is to broaden and diversify the tax base through new business attraction, land acquisition and development, progressive infrastructure, corporate business expansion, and job creation. For more information about the Rockwall EDC, call (972) 772-0025 or visit www.RockwallEDC.com.

With plenty of available land, financial incentives, and an educated, experienced workforce, Rockwall may just be your new home. Drop us a line to learn more.

“Doing business in Rockwall and North Central Texas is great for several reasons. First and foremost is the talent pool in which we get to draw. Secondly, the community, schools, and businesses work closely together for the benefit of each other and finally, the quality of life for all of us that work at SPM. Rockwall is an excellent location because of Interstate 30 providing regional access and close proximity to our suppliers and customers.”

“When I came to Texas, I felt this Texas pride. People here, they want to support domestic and local manufacturing and the local manufacturers want to support the local community… In California, it took us five years to build what we have right now. But in Texas, it will only take 12 months to surpass what we’re currently doing in California. I foresee our manufacturing capability will be three times what we’re currently doing in California.”

President, SPR Packaging
“The EDC (in Rockwall) has really gone a lot further than what any other EDC would have done. They’ve really made a commitment to help us grow and made a commitment to be there for us…
I really believe that it was the perfect decision, coming here to Rockwall. It was a lot better than what we ever thought it would be.”
Watch the full interview here

“The hidden benefit we didn’t recognize initially when we scouted out the territory was really how great the skilled, hourly workforce was going to be. We didn’t realize how good it would be…
I’ve worked in twelve manufacturing facilities in corrugated and this is by far the best group I’ve ever had.”